Getting the Right People to the Table: Food’s Role in Climate Action

Climate action is all too often communicated through the prism of technology, constant talk of solar panels, electric cars and heat pumps all wrapped in a language of data that can feel isolating to those of us who are not in charge of a major electricity grid or able to spend years in front of spreadsheets becoming an emissions expert. If you are renting your home, riding the bus or just trying to stretch your budget to the next payday all this reinforces the narrative you hear everywhere else: that you have no power, you are not a part of the solution and ultimately that you don’t matter.

That’s a perception reinforced by the, often inaccurate, depiction of climate activists as white, wealthy and worthy with the media focus disproportionately on groups taking extreme, often illegal, action which most people can’t risk being a part of. For many people we work with that perception is their reality; they aren’t experts, they can’t change anything, climate action just isn’t for people like me.

This is where food comes in; quite simply everyone eats, but most people don’t realise that, on average, their diet accounts for around a quarter of their carbon footprint. For those who already don’t fly, rely on public transport and live in a smaller house, it’s an even bigger proportion and most importantly it’s something they have the power to change. Reducing the impact of your diet isn’t about technological solutions but simple substitutions you can put into action from the moment you get home, which are usually cheaper and better for their health.

Nothing brings a community together quite like food, whether they are learning to cook our low carbon recipes, enjoying a community meal made from food that would otherwise go to waste or simply chatting over coffee and cake. From there you can open a conversation about what that community needs to build a net-zero future and quite often it’s the little connecting pieces that are so easily missed. Building a cycle superhighway won’t get people on two wheels if they have nowhere to securely keep their bikes, no training in how to ride a bike and no way of keeping a bike serviced but solve those problems and it becomes the route to a better life, giving rapid, low cost, low carbon on-demand transport to people who were confined to expensive and inflexible buses or forced to keep an old, polluting income sapping car. When we view climate action as a challenge of infrastructure, focus on the big flashy projects, we miss the crucial social changes that are needed to improve both the climate and people’s lives. We can focus on reducing people’s carbon forkprint, but food can also be the beginning of a much wider dialogue engaging the community on climate action, but without that first delicious brick it can prove impossible to build those conversations.

This is why we believe it’s so important to engage these often overlooked groups in climate action; not only can they affect change but change cannot be achieved without them. They may not be the experts on climate change, that’s our job, that’s the easy bit, but they are experts on their community and for climate action to be effective that is exactly what you need

Login to E.Mission
Reset Password
Enter the username or e-mail you used in your profile. A password reset link will be sent to you by email. 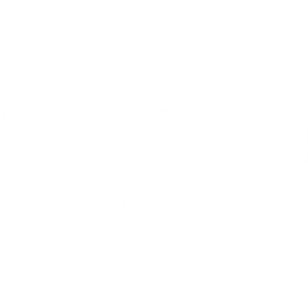